Dialysis Doesn’t Have to Diminish Your Quality of Life 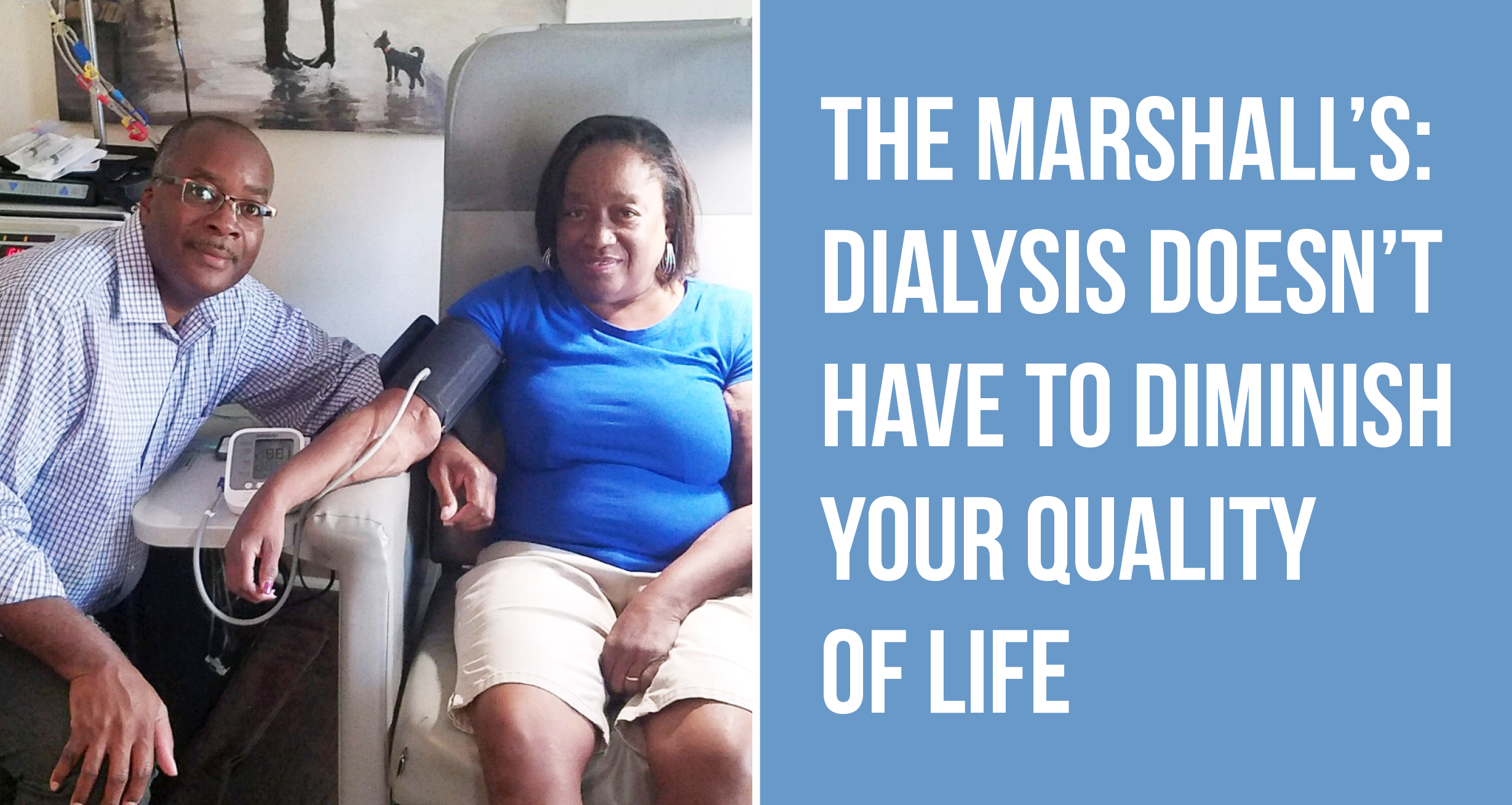 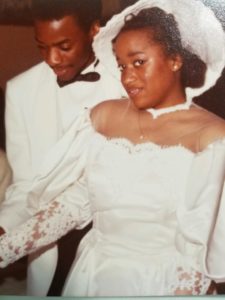 Talk to Delia Marshall and you’ll soon hear her tinkling laughter and feel the joy that envelopes her conversation.  You’ll also hear the gentle kindness in her husband’s voice as Adrian completes the details of the journey they’ve shared for 35 years together. Their marriage, built on faith and love, has endured the many challenges associated with chronic kidney disease. Over the years, they became a team that utilized every therapy available for kidney disease in order to enjoy a full life.

“She’s definitely full of positivity,” explained Adrian Marshall when he talks about his wife, Delia.

Delia, diagnosed with Lupus at age 12, grew up in a town just 15 minutes from Adrian. Both were a part of the close-knit Jehovah Witness community. As children they knew each other because Adrian was a friend of Delia’s brother. When Delia became a senior in high school, they realized their relationship was maturing beyond simple friendship.

“We talked on the phone a lot. I knew he liked me,” shared Delia with a smile in her voice.

In 1984, when Delia was 19 and Adrian was 21, they married. The young couple enjoyed volunteer work and bible education together. Delia was a part-time seamstress and Adrian was working in mental health vocational training. During their first few years together, they learned that Delia’s kidneys were near failure. Believing they would not be able to have children, they adopted a two-day old son, Alec, in 1989. Shortly thereafter, Delia started dialysis.

In 1990, the Marshalls learned the birth parents to their son would be having another child, Austin. They were faced with the question of whether or not to adopt their son’s brother.

“We talked to our friends and family. People were honest with us. It would be tough being on dialysis and raising a newborn and a 10-month-old. We prayed about it and decided to do it, “ said Adrian.

Then, the surprise of lifetime came. In 1990, Delia found out she was pregnant with twin girls. She delivered her daughters, Jasmine and Monique, 11 weeks early. Tragically, Jasmine only survived a week.

In the midst of great joy and sorrow, the young family of five learned to adjust to dialysis at home. Life began to normal out for them. They were even able to take a short cruise to the Bahamas.

“With PD we just mailed our supplies ahead of time to the ship and then carried on the cycler machine. It was no problem. It didn’t slow us down,” explained Adrian.

In 2000, Delia received a kidney transplant and life was much easier. Unfortunately, the transplant failed in 2007. Delia wanted to go back to peritoneal dialysis, but there was scar tissue, so she learned to do home hemodialysis instead.

The family was introduced to home hemodialysis at DCI Clark Home Training Center in Albany, Georgia. “Gayla was the home training nurse. Our son, Austin, was trained to be Delia’s care partner. The process was easy to learn and the staff was supportive and kind,” claimed Adrian.

Being on home hemodialysis hasn’t slowed the family down. They have travelled throughout the United States to Washington, Oklahoma, Connecticut, North Carolina, Nevada and Hawaii.

“We travel a lot with our dialysis machine. You just have to remember to get to the airline early and check the machine as a medical device at the airline. It weighs about 100 pounds in total, but it flies free,” explained Adrian.

Calcified arteries preclude Delia from getting another transplant, but that doesn’t steal her joy. Currently, she is content to continue with home hemodialysis. Yet, she will tell you, having tried all the treatments, peritoneal dialysis (PD) is her favorite.

“No needles” is something Delia likes.

“You can dialyze while you sleep, there are no needles, and it’s a smaller machine,” explained Adrian.

Reflecting over their journey with kidney disease, the Marshall’s identify the importance of a good relationship with the care team. “Dr. John Schilling and Dr. William DaVanzo from Albany, Georgia, have been key to Delia’s successful treatment. I am certain that they have literally saved her life,” stated Adrian.

As the Marshall family continues to live life to the fullest, they have advice for others facing kidney disease, “It’s incredibly important for people with kidney disease to take control of their care. As the patient, you are in charge. Ask your doctor questions. Make informed decisions. Remember to be compliant with your treatment and talk openly with your doctors and nurses about what is and isn’t working. Establish trust with open communication. Even with kidney disease, you can fully enjoy life.” 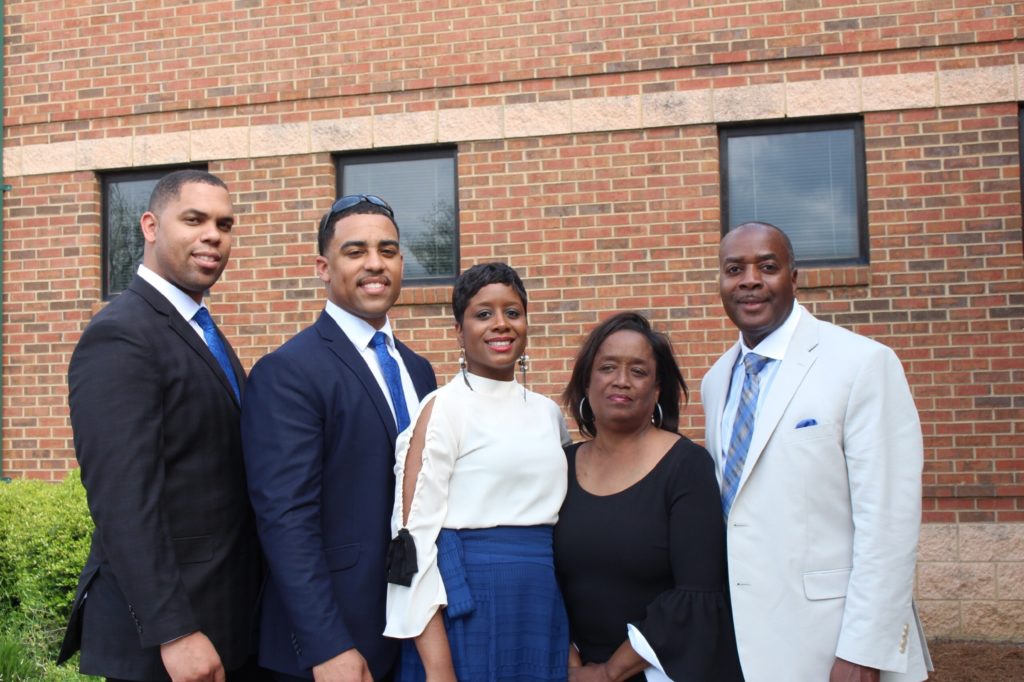