Keya Gets a Kidney! 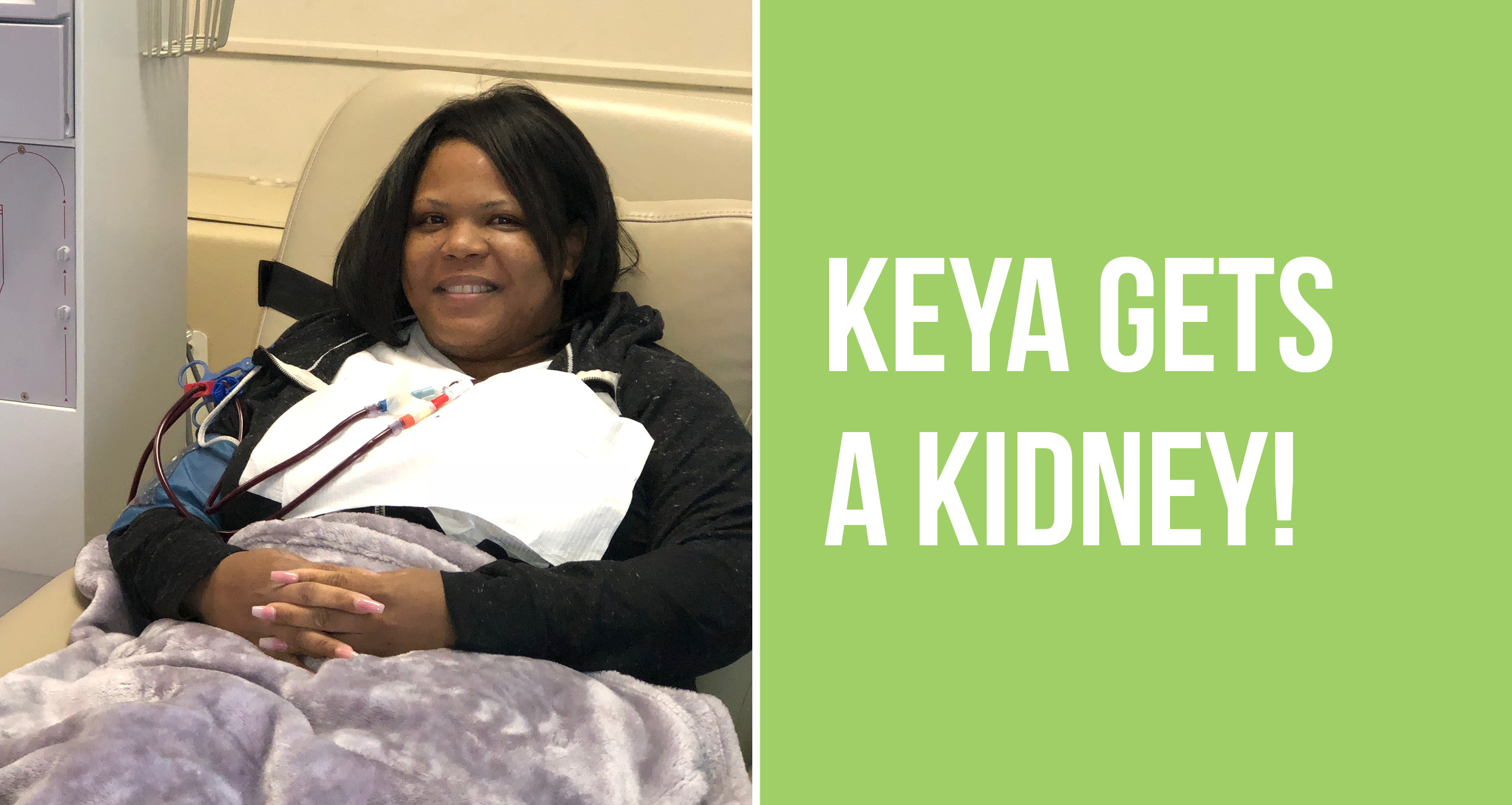 Growing up in Nashville, Tennessee, 29 year old Markeya Douglas attended the First Baptist Church South Inglewood her entire life. As a youth, she watched people praise God and she was in awe of their testimony. So, when asked how she’s dealing with abrupt kidney failure and a life that now includes dialysis, she refuses to complain. Instead, she knows God is seeing her through her kidney journey. She is certain that her struggle will become a part of her testimony allowing her to praise God even more and witness to others.

Markeya’s unexpected battle with kidney disease began in July 2017 when she visited an urgent care clinic thinking her tiredness was related to a sinus infection. She was told by the nurse that her blood pressure was sky high. She needed to see her primary care doctor in the morning. The next morning, Markeya awoke with a severe headache and she still didn’t feel well. Her mother overhead her mentioning her high blood pressure and immediately took Markeya to the local emergency room. It was the emergency room doctor that reviewed blood work and confirmed that Markeya had severe kidney disease.

The next step led Markeya to her primary care doctor who ran additional tests to confirm the kidney disease. He then referred her to a nephrologist, Dr. Dunn, who explained that she had about 9% remaining kidney function. The nephrologist asked her to take blood pressure medication and work with REACH Kidney Care to learn about nutrition and treatment options for kidney failure.

As her kidney function was winding down, her family and friends were gearing up to support Markeya. Her youngest brother volunteered to be her living kidney donor, but due to a genetic condition, he was ineligible to donate. Her oldest brother was next to be screened as a living kidney donor and was also found to have a genetic condition that made him ineligible to donate. While additional members of her family were going through the screening process, her father decided they needed to turn to the church for help.

“Dad called REACH and talked to them about coming to our church to talk about kidney disease and living organ donation.”

REACH connected Markeya’s family with Pastor Jonathan Trees who’d had a similar event as his church. Christa Lawson, REACH transplant coordinator, explained the importance of a kidney champion at the event.

We are excited to inform you that our cover girl for the last edition of OutREACH, Ms. Markeya Douglas, received her kidney transplant on June 11.

Keya’s kidney champion, Jasmine, called her and asked her to come over and do an interview for YouTube. Keya was instructed to wear her shirt stating, “I Need a Kidney.” During the interview Keya is asked to turn and look at her cousin, Torrian. When she looked at him she noticed his shirt said, “Not any more.”

You can watch Keya receive the good news on YouTube.

Congratulations on getting your transplant, Keya! 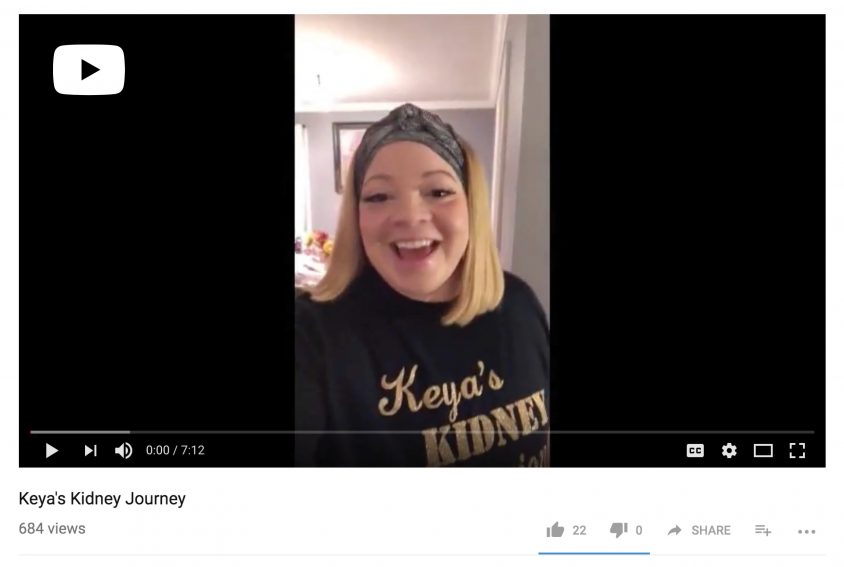