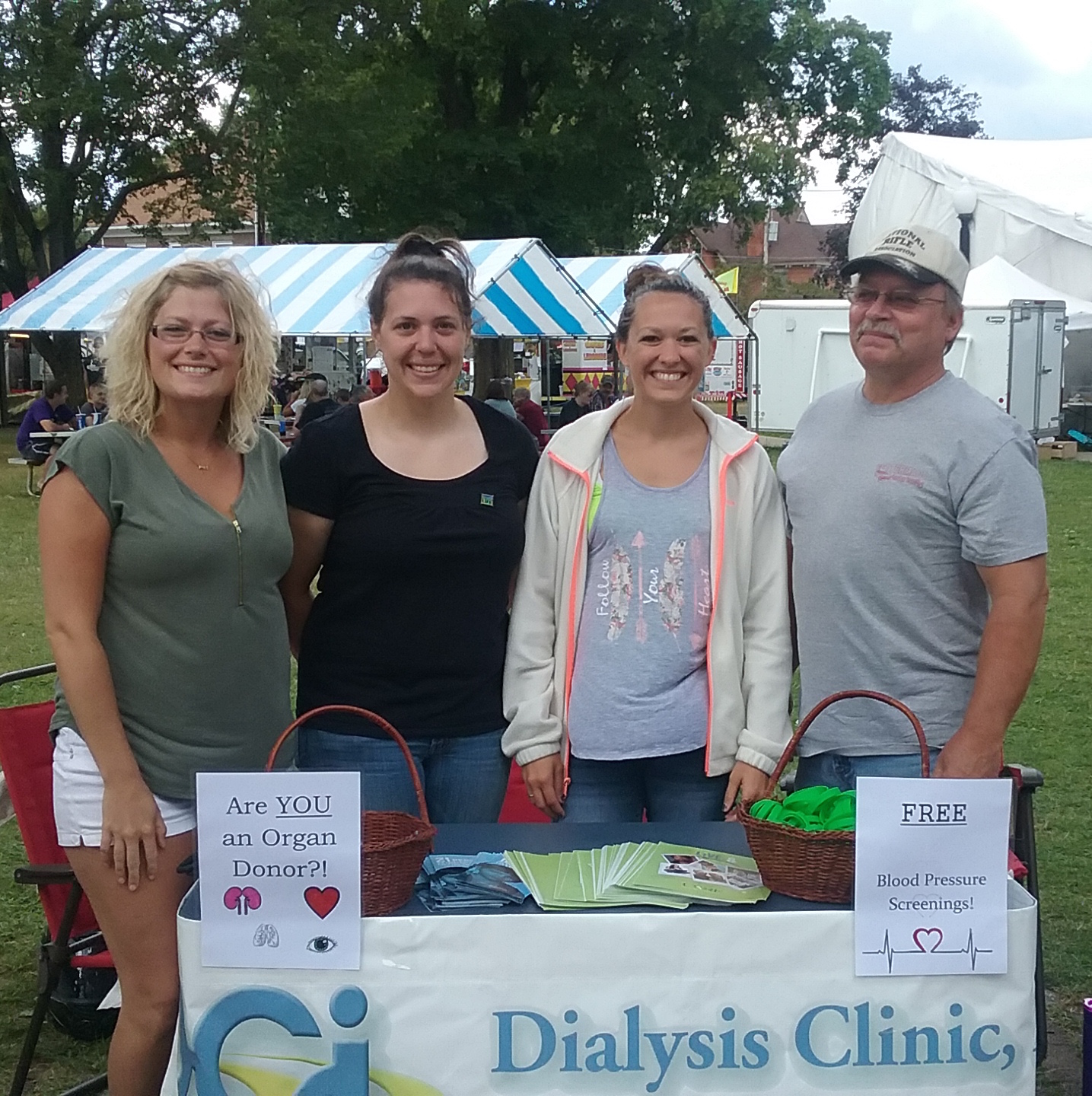 The Kidney Ful”Phil”ers made a bright and early appearance to local towns people. The morning started off a little slow, however, within 10 minutes while setting up our table we encountered a patient from our clinic. He happily told us how he appreciated seeing us making the effort to educate, as well as show our support for him, and others like him. We set up with just some basic knowledge on kidney health, as well as some information on organ donation. Because, we learned quickly, that not many people are organ donors, or have even given it a thought. Children were the most attracted to our table as we passed out bright green bracelets that sported the saying “Donate Life”, as well as pins that were donated to us by CORE. But, we figured, no better way to spread a message than by a rambunctious child.

We had quite a few pass us by, but, to our surprise, we had a man and his wife stop by. The man proudly stated that he was an organ receiver. He went on to tell us how he had a heart transplant 9 years prior, and his wife, a local nurse, had saved his life the day he had a heart attack. Each of them took some goodies and some pamphlets and went on their way. But, not before taking a picture, and giving us a big thank you. Who would have thought? Finally, as we offered free blood pressure screenings, and as much knowledge as we had to offer, we had an especially friendly woman stop on by. She informed us she knew she had high blood pressure, but, she let us take it anyway. We certainly shocked her when we informed her it was within a normal range. But, of course, being Dialysis Workers, we told her to keep that blood pressure in check, and why it was so important! Our day turned out pretty well, and we had a pretty decent turn out. We certainly can’t wait to do it again!