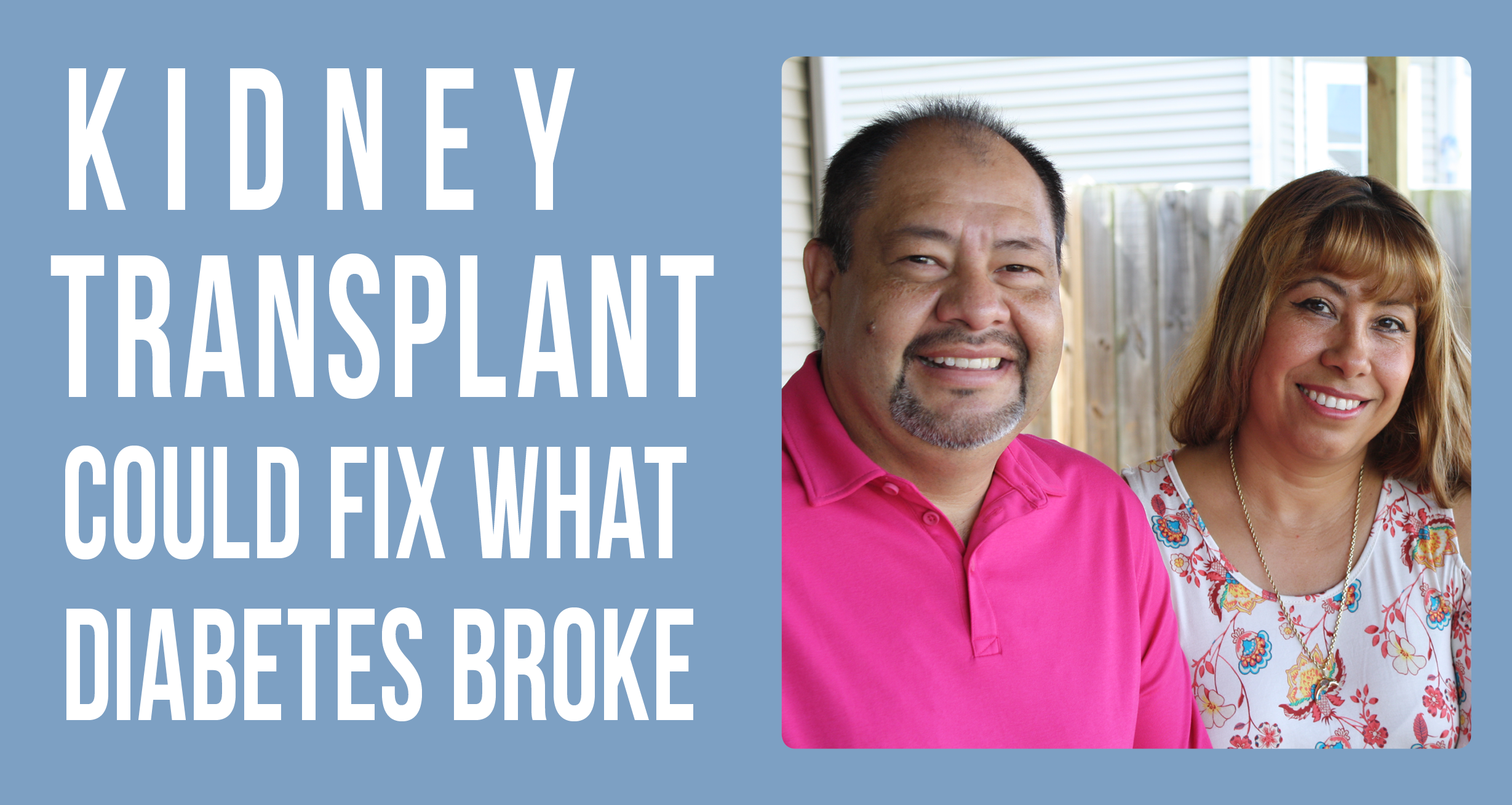 Sergio Macias is a loving father and grandfather. He does what every good dad wants to do, provide for his family and fix things that are broken. Sadly, diabetes has deprived Sergio of his kidney function. While dialysis allows Sergio to live, it’s not the fulfilling life he’d envisioned for himself or his family. A kidney transplant is needed to restore Sergio’s ability to live the life he loves.

“For most of his life everything was normal, or so we thought,” claimed Nancy Macias, Sergio’s daughter. “Dad went to work. He took medication for his diabetes. We believed he was doing fine, that was until last March.”

Sergio has lived with diabetes for 26 years of his life. He managed it properly with regular doctor appointments and a steady medication routine. About six years ago, he was alerted to the fact that diabetes was impeding his kidney function. Sergio asked his doctor at his then quarterly appointments what he could do to save his kidneys. He followed the advice of eating a kidney friendly diet and taking his medicine, but in the end, his kidney function declined and dialysis was necessary. The thought of starting dialysis terrified him.

“I’ve heard from a lot of people that it was something horrible,” Sergio remarked.

“One morning, he just died. He was on the way to dialysis and died in the street,” he said. The idea that this could happen to Sergio terrified him and his family.

“When mom and dad said that his kidney function wasn’t there, you just think I’ll give him my kidney. But it’s not that easy,” said Nancy. “My mom tried to give her kidney, but she’s pre-diabetic. I wanted to give my kidney but with two kids and diabetes in the family, dad didn’t think that was a good idea.”

Sergio began his in-center hemodialysis treatments in Murfreesboro, Tennessee. He quickly learned how to make his thrice-weekly dialysis appointments productive. He would make calls to clients in the morning and then take his cell phone, tablet, and notebook with him to his 3:30pm dialysis appointment. Once connected to the dialysis machine and settled into his three-and-a-half hour session, Sergio uses his time to input customer orders and finish phone calls.

While Sergio balances work and dialysis in order to ensure his family is taken care of, household chores he used to manage now require help from someone else. Sergio does his best, but dialysis slowly fatigues his body. He longs for renewed strength.

“Dad used to be the one up and fixing everything around the house for us. Now it’s hard having to watch him sit and wait on someone else for help,” explained Nancy. “If there is anybody out there that could help him get the kidney he needs in order to live the better life he deserves, it would be amazing.”

Sergio is currently on the transplant waiting list. As a loving husband, father of five and grandfather to three, he lives each day wanting to see his grandkids grow. He’s holding on to the hope that a transplant will restore his energy and fix what diabetes broke within him.