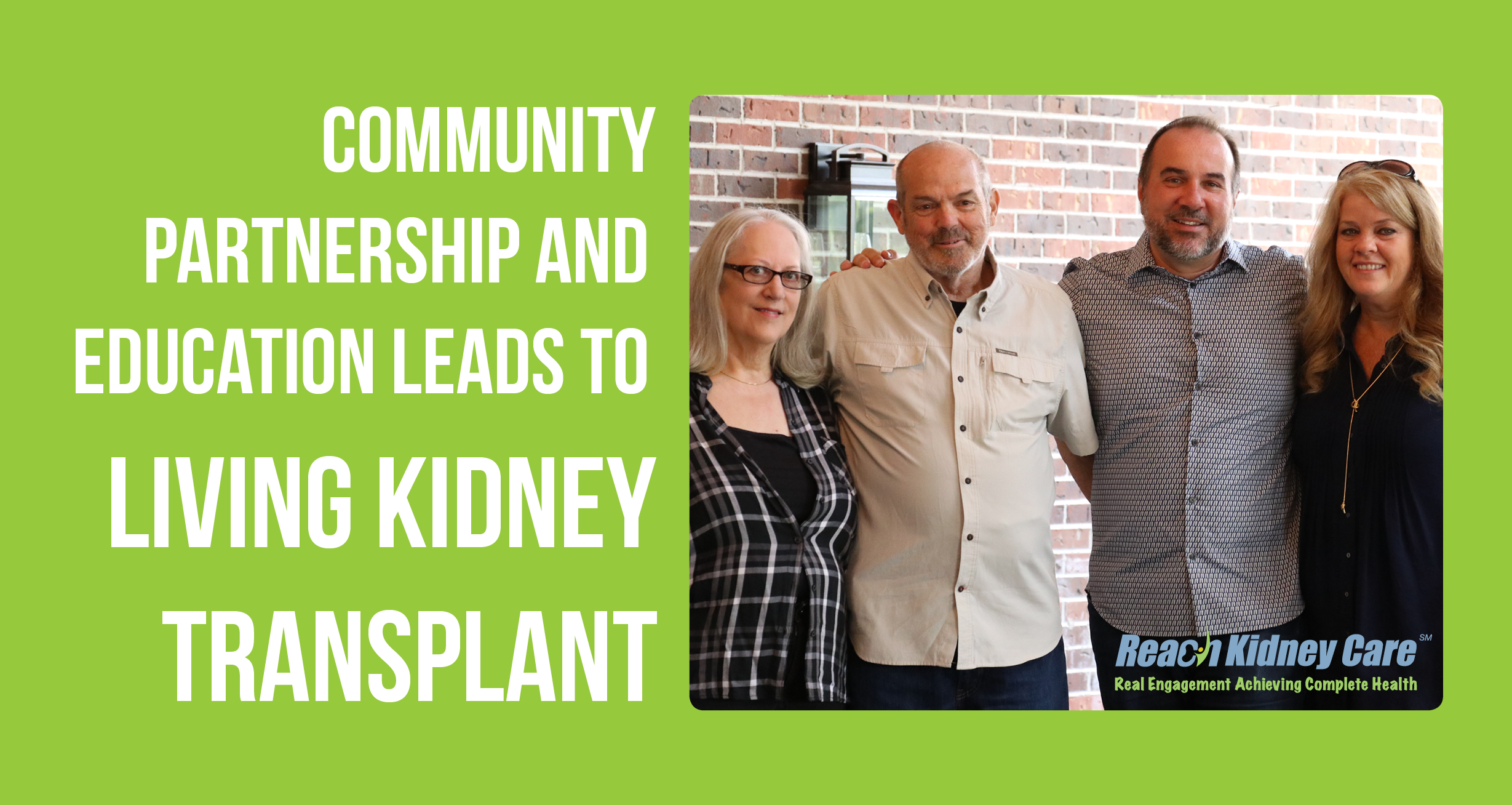 Carl Higgins recently set the living donor process in motion when he asked his REACH Kidney Care transplant coordinator, Christa Lawson, if she would display kidney transplant information at Grace Church of the Nazarene to educate the congregation.

“I was thrilled that Carl wanted me to attend his church and offer transplant education. He put me in touch with Pastor Jonathan Trees who welcomed me. I found the congregation to be curious about organ donation, kidney failure, and what they could do to help,” said Lawson. “As a society, we struggle to openly discuss kidney failure and the need for help. Most people don’t know that living kidney donation is an option. That’s why community education is so enlightening.” 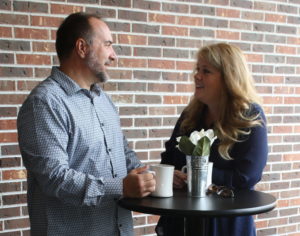 Pastor Jonathan Trees was knowledgeable about dialysis, but he admits that he didn’t really understand the toll it takes on a person until you know someone on dialysis.

“It wasn’t until my wife and I sat around with friends that we realized how kidney disease and dialysis was impacting their life. That’s how it became personal for us. At that point, we had to take action. We had the knowledge of what can happen, what a solution might be for them, and to walk away from it would have been wrong,” said Trees.

Three members of the Grace Church of the Nazarene congregation are battling kidney failure. Each is hoping for a kidney transplant. 21 parishioners who heard the final segment of the Live Generously series on Sunday morning took the next step to sign up for screening to see if they could become a donor.

Pastor Trees led by example. He was one of the 21 potential donors who turned out to be a match for Carl Higgins. 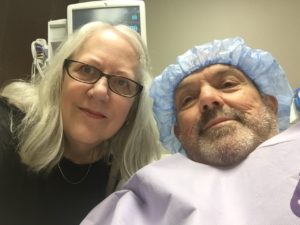 “Kidney donation became a way for me to not just talk and pray about healing but literally a way to become a part of the solution,” said Trees. “I was surprised at how easy it was. I felt like the team that evaluated me as a potential donor had my best interests in mind each step of the way. I feel educated about the entire process. I hope that more people have the opportunity to learn about kidney failure and how easy it is to become a donor.”

Carl was diagnosed with Wegener’s disease in March of 2010. Under the care of nephrologist, Dr. William Pettus of Nephrology Associates, he was referred to REACH Kidney Care to learn more about managing kidney disease. The goal was to delay kidney failure as long as possible, but make an informed choice among available options should kidney failure become imminent.

“REACH Kidney Care helped me make sense of what kidney disease is. Through education and care coordination, the team at REACH became my support system,” said Higgins. “They were with me every step of the way. Christa is the one who encouraged me to learn about living kidney donation. It is with her help that I’m scheduled for a kidney transplant now.” 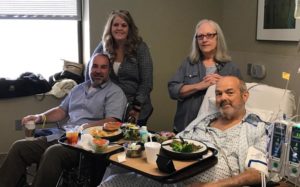 Days after Pastor Trees was found to be a match for Carl, the transplant procedure took place. Pastor Trees went into surgery in the early morning hours, with Carl following behind him a short time later. Both families, including their friends, gathered in the waiting area, eagerly waiting on news from the surgery.

“A living donor is the most powerful way to offer an extension of life and a life that is more fulfilling for those going through dialysis or those who are waiting for a kidney,” explained Trees.

Today, both men are doing well and both are advocates for living kidney donation.