This is the thirteenth year in a row that DCI patients have had the lowest mortality and hospitalization ratios in the country.

The 2015 USRDS report analyzes data from 2013. All ESRD patients, regardless of insurance coverage and age, are included in the USRDS database.

“At DCI, we are continually looking for ways to improve patient care. We believe that helping patients live longer and keeping them out of the hospital are quality indicators that patients understand and appreciate,” said Doug Johnson, MD, Vice Chairman of DCI. “We appreciate that the USRDS analyzes mortality and hospitalization trends because this invaluable information demonstrates that our approaches to care are working.”

USRDS continues with, “Of the three LDOs, DCI exhibited the lowest standardized hospitalization ratios (SHR), at 0.87, compared with 0.97 and 0.95 for DaVita and Fresenius, respectively.”

“While it’s encouraging to see that DCI has the lowest mortality and hospitalization ratios among large dialysis providers, we know there’s more work to be done,” stated Johnson.

Johnson explained that DCI will continue to focus on the fundamentals in kidney care to improve a patient’s quality of life. They are:

“Our outcomes continue to improve because our medical directors, administrators, nurses, dialysis technicians, social workers, dietitians and other staff in our clinics continue to work each day to make sure that our patients receive the best possible care,” explained Johnson. “It is a privilege to be a part of such an incredible team, working together to improve care for our patients.”

The United States Renal Data System (USRDS) is a national data system that collects, analyzes, and distributes information about chronic kidney disease (CKD) and end-stage renal disease (ESRD) in the United States. The USRDS is funded directly by the National Institute of Diabetes and Digestive and Kidney Diseases (NIDDK). USRDS staff collaborates with members of Centers for Medicare & Medicaid Services (CMS), the United Network for Organ Sharing (UNOS), and the ESRD networks, sharing datasets and actively working to improve the accuracy of ESRD patient information. 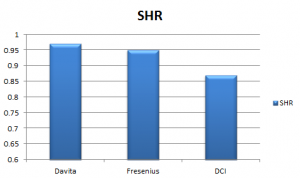 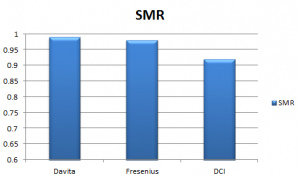